Domestic abuse is any incident or pattern of incidents of controlling, coercive, threatening behaviour, violence or abuse between those aged 16 or over who are, or have been, personally connected to each other.

Children are victims of domestic abuse if they see, hear, or experience the effects of the abuse, and are related to either of the parties over 16 years.

Behaviour is “abusive” if it consists of any of the following:

*Economic abuse means any behaviour that has a substantial adverse effect on someone’s ability to acquire, use, or maintain money or other property, or obtain goods or services. This can deprive a person of their means to escape and leave as they won’t have money, their own car, or the ability to move around freely, and includes:

**Controlling and coercive behaviours are seen within many domestic abuse relationships and are not always understood, as they can look like supporting and helping but are a mask for very abusive behaviours.

Coercive behaviour can be seen in a pattern of actions that includes assaults, threats, humiliation, and intimidation that is used to harm, punish, or frighten.

Controlling behaviour can be seen as a range of actions designed to make a person give up their own views and opinions or become dependent. Those actions can be:

What is domestic abuse

Domestic abuse can take many forms and affect anyone from any background. It can be difficult to recognise when it is happening to you, or someone you are close to, and it’s not always violent.

This is a type of psychological abuse in which the abuse denies the victims reality. It enables the abuser to sow seeds of doubt, will make a victim question their own memory, perception and sanity.

Over time the effects of gaslighting causes confusion, brain fog, self-doubt and paranoia. A person can feel fearful, stop trusting their own decisions and feel like they are losing their mind. The decisions become difficult to make, second guessing become common and leads to feelings of inadequacy and not being good enough.

Ultimately this leads to an abuser gaining more control and portraying the victim as a person who can’t be relied upon or trusted. This gives them more credence and status with friends and family where they are seen as being supportive, rather than abusive.

Red flags and what you may see

Gaslighting can be subtle and build over time. It can take the form of different behaviours that seem usual within most relationships, but happen too often and are one sided. Such as one partner apologising even when they have not done anything wrong. It’s a way of keeping the peace and just feels easier to do, but then happens regularly and means the abuser does not have to be accountable for their actions. They may offer affection and then withdraw with no reason or explanation. Often physical or sexual contact only happens on their terms. Motives are assigned to actions that are not the victims’ intention but the abuser insists their version of events is correct. A person will start to edit every word before speaking and checking that nothing they say can be misconstrued. It’s exhausting and makes a victim of gaslighting over think everything they say and do.

Is different from the usual wonderful start to a new relationship in that it all moves very fast, it’s a whirlwind with big gifts and generosity and gets personal really quickly. This happens when a person says they are a soulmate, never felt for anyone the way they feel for you, want all the same things as you, have the same interests. But if you try to move away or put out any negativity they will push that aside and increase the gifts, flowers, calls, messages and find even more reasons why this relationship is so special such as ‘it’s you and me against the world’, ‘we were born to be together’.

The person doing the love bombing, will have done this in a previous relationship and may say that the previous person was not appreciative, they did all they could, they are different with you, you have made them a better person. Sadly, this is all a lie and is a pattern of behaviour aimed to isolate you, make you dependent and stop your connections with other people so their abusive behaviours can carry on without interference from anyone.

We know that people in same sex and trans relationship can experience high levels of domestic abuse with some different behaviours which can include: –

*(informed by the work of Galop and other LGBT+ organisations)

The impact of domestic abuse

All behaviours an abuser uses are designed to exert power and control over another person, to isolate, intimidate, and generate fear and uncertainty.

Using vulnerabilities and information that is only known to them, or to a very few people is also common. For instance, if a victim has been previously involved in an abusive relationship as an adult or child the abuser will use that information to taunt, belittle, or undermine. If they are aware of any body conscious sensitivities, they may frame their taunts around that issue and use body shaming language, monitor food intake, or comment on clothing, deepening fragilities.

A victim of abuse can present with poor mental health, anxiety, and depression. It’s a natural response to living with abuse, fear, and uncertainty and can lead a person to feel they can’t make good decisions and question whether they are really living with abuse. Many people we work with have lost their family network and their friends have given up and gone away, leaving them feeling isolated and alone. They can be told repeatedly by the abuser that they are unworthy and no-one loves them, they are not a good friend, they are unreliable and have nothing to give anyone. None of this is true, but a person living with these taunts and threats on a regular basis will believe them.

What's the difference between a safe and unsafe relationship?

It can be useful to see domestic abuse as a comparison between relationships that are safe and those that are not safe. If you are not sure then please contact us to discuss your concerns.

A safe relationship is where you have mutually agreed decisions and both parties adhere to those decisions. These come from a place of understanding. It’s not always about agreement, but it’s based on respect and valuing the relationship. Decisions are constant, they change with agreement but are also flexible and move with the growth of the relationship. If things go wrong, there is no punishment or fear.

Within an unsafe relationship, rules are absolute and any deviation is punished, they are demanded and adhered to. Any changes are unilaterally made, without agreement, discussion, or warning. They are not consistent and may change one day and change back the next with a motivation to unsettle, creating fear and uncertainty.

Stalking can appear in many different forms. It’s often portrayed as being carried out by a current or past partner. But this crime can be...

END_OF_DOCUMENT_TOKEN_TO_BE_REPLACED 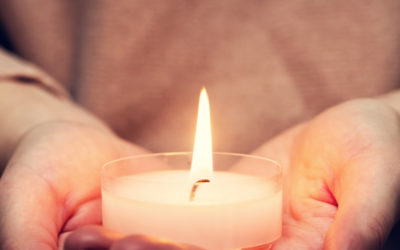 Religion as a coercive tool

Religion as a coercive tool is more common than you might think. We asked one of our frontline workers to tell us about her experiences with...

END_OF_DOCUMENT_TOKEN_TO_BE_REPLACED 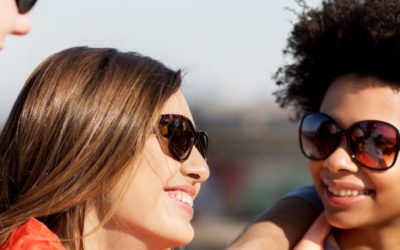 When supporting young people with understanding healthy relationships, sessions and discussions about consent are important. It offers a safe...